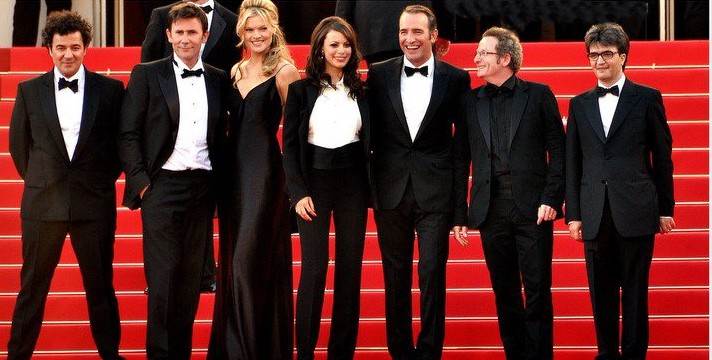 See the Films that Stormed this Year’s Cannes Festival

The Cannes Film Festival may have drawn to a close in May, but those of us not lucky enough to have been at the festival have been eagerly awaiting for many of the award-winning films to hit the cinemas so we can enjoy them for ourselves. This year's list of films receiving nominations and awards was particularly impressive, so we've compiled a list of the most hotly-anticipated offerings and when you can expect to see them:

Timothy Spall is a well-respected actor in his own right, but has mostly been confined to supporting and minor roles, such as in the hugely popular Harry Potter series, Alice in Wonderland and Sweeney Todd. However, all that has changed with Spall receiving the Best Actor Award for his brooding portrayal of artist J.M.W. Turner. Mr Turner will be released on the 31st October in the UK and the 3rd December in France.

So positive has the reaction been for this creepy biographical drama, it's already been tipped as a potential Oscar nominee, and funny man Steve Carell's portrayal of the disturbed multimillionaire John du Pont has received critical acclaim. Foxcatcher's festival tour continues at the London Film Festival in mid-October, and it will see a general release on the 17th January in the UK.

The Western genre, which has seen a slow-burning revival over the last few years is beginning to gather momentum, and the thrilling Homesman will only add to the hype. Veteran actor Tommy Lee Jones stars in this well-paced drama, while Hilary Swank, Meryl Streep and Hailee Steinfeld round out what is an excellent cast. A US release is slated for the 7th November, with both UK and French releases expected to follow shortly after.

Maps to the Stars (Best Actress Award for Julianne Moore)

Another film with a stellar cast, including John Cusack, Robert Pattinson, Olivia Williams, Carrie Fisher and, of course, Julianne Moore. In a swipe at the Hollywood machine, this satirical drama revolves around the bizarre world of a Hollywood family dynasty. The film was released in France immediately following the festival, and is showing in UK cinemas right now.

As was the case with the selection of films above, festival goers at Cannes have enjoyed 75 years of witnessing the newest and best films long before their general release. However, now is the time when a number of these films will battle it out at the Box Office. At the same time, preparations for the 2015 Cannes Film Festival are well underway, with the festival set to take place between the 13th and 24th of May 2015.

If you're planning on getting tickets for the 2015 edition, or are simply heading to Cannes to soak up the festival atmosphere (or maybe even do a bit of celebrity spotting), the Hotel Amarante Cannes offers a comfortable and luxurious place to rest your head after a busy day in the French Riviera. Check out our latest offers page to ensure you beat the inevitable rush of cinema lovers who will descend upon Cannes next May.

From alfresco dining, to cosy candlelit dinners, the French Riviera is home to exceptional food throughout the year. All that remains is for you to discover the best of it with our guide to some of the finest restaurants in town, all located within walking distance from Amarante Cannes!

A Jam-Packed June in Cannes

This June, enjoy a culture-crammed calendar in Cannes, as you savour the French Riviera sunshine at events like MIDEM, Fête de la Musique and National Rosé Day. All taking place just minutes from Amarante Cannes! So why not join us for a luxury summer stay?